Replacing the washer pump is one of the easier jobs. There are just a couple of screws which fix the pump to the bulkhead; the two pipes were actually more difficult to remove as the rubber had perished a little.

The old pump had seized up inside, connecting it up after we removed it confirmed what we thought - it was trying to turn, but wasn't getting any further than the initial 'thunk'. The new pump is pretty powerful - more so than my normal car - so no worries about that!

UPDATE: you'll notice from the photo that copper pipe is very close to the terminals on the pump. Well while driving that actually contacted occasionally, completing the circuit and resulting in occasional squirts of water on the windscreen! The copper piping was soon bent out of the way :) 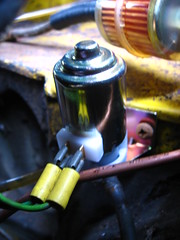 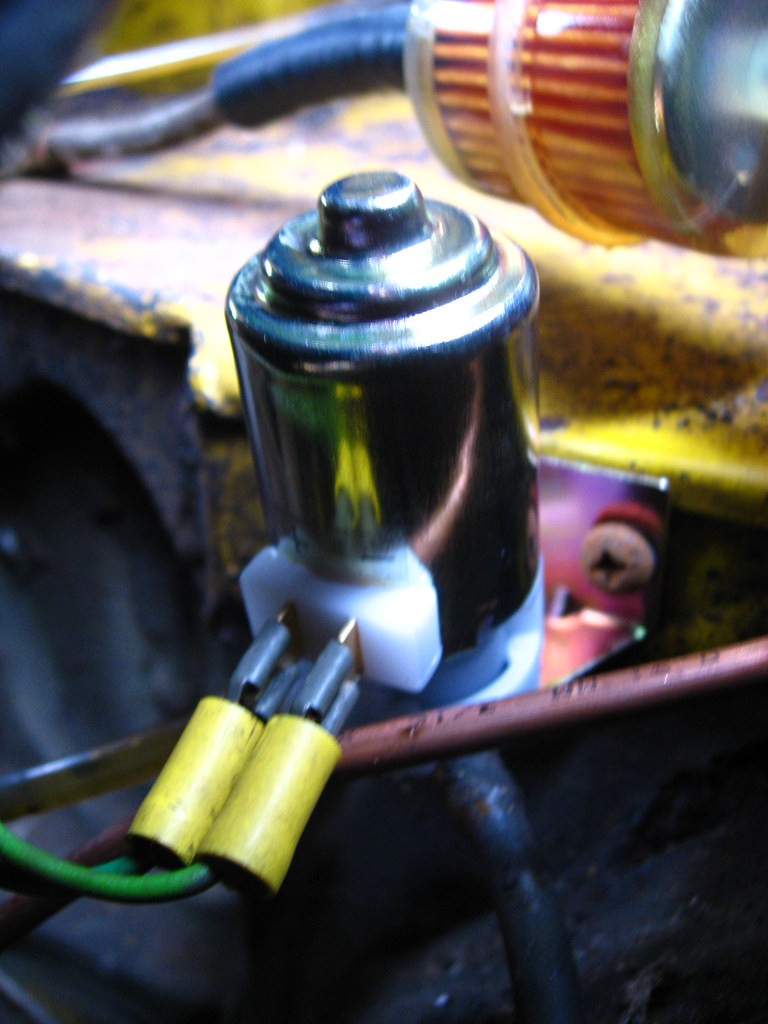