The new alternator arrived - turned out a new one was as cheap as getting the old one repaired or a reconditioned one. MGOC Spares even sent a new connector plug, but the old one fitted just fine.

The new kit fitted pretty easily, we just had to tap through the bolt spacer which was attached to one of the bolt holes. With it fitted we fired up the engine and success the dashboard light went out - we had a charging battery!

As it was a pretty nice day we also changed the other rear brake cylinder (circlips, grrr!). We also found that even with the new bulbs the reverse lights weren't working, but curiously the rear license plate lights were coming on instead. This turned out to be rectified when we tightened up the earth strap in the engine bay. 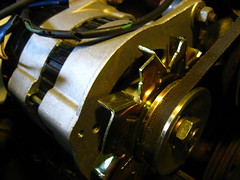 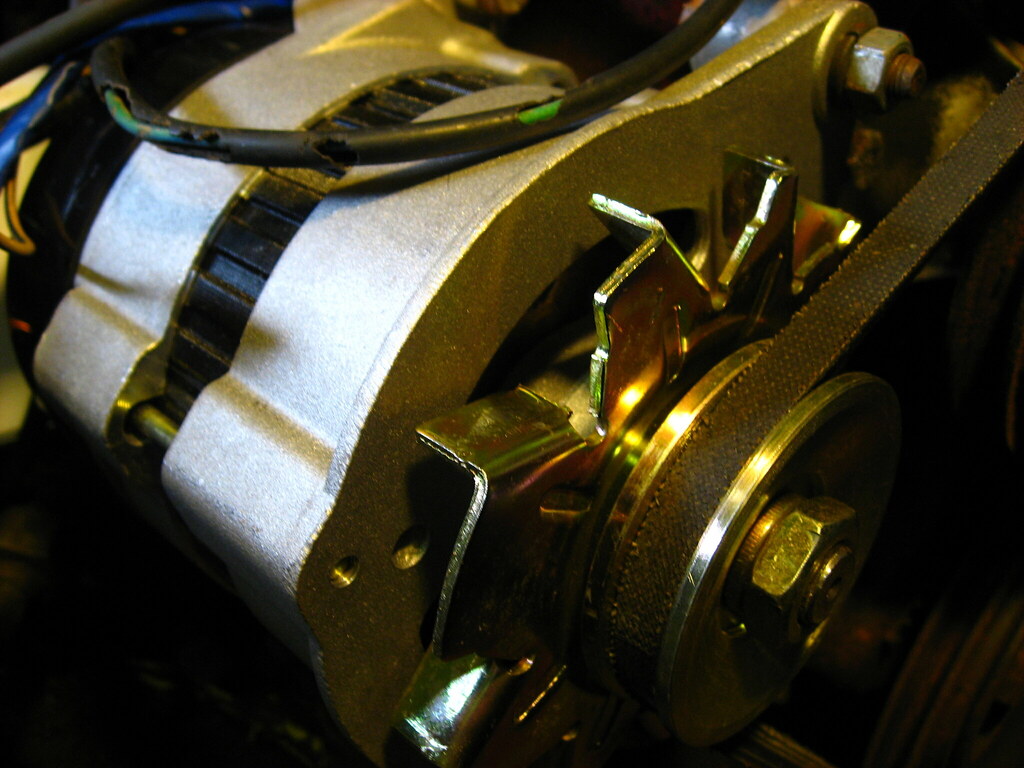