Lots of oil, all over the diff and behind the battery box signals time for a replacement oil seal.

The difficulty in this is getting the diff-to-propshaft flange off as it is obviously on pretty tight. I tried accessing it by just undoing the diff end of the prop and collapsing it back but it was still tight getting in the tools, so in the end I just removed the whole thing. Once that was out of the way you can see a large nut in the centre of the flange (anyone who has removed their steering wheel will immediately see what is going on here and understand the pain ahead!). These type of nuts tend to have a real reluctance to come undone, made more difficult by every time you try it rotates the diff and moves the car, reducing the force on the nut (applying the brakes generally won't do much here, nor will chocking the wheels as there is still enough play to negate it).

First off (important) is to mark off the position of the nut to everything else - some touch up paint is ideal. This is because there is a crush spacer behind the nut and without the specialist tools you could damage it and have a noisy diff forever more. By marking the nut and counting the number of turns (and partial turns) it takes to get it off, you can ensure you return it to exactly the same position when you put it back.

What you need to do is jam the flange from moving by attaching a length of metal to it long enough to reach the floor where it will brace and prevent the movement.

I grabbed a piece of 1.5mm angle steel from B&Q, drilled a couple of holes for the bolts to reattach it to the flange and a hole for the socket to go around the nut. Then I gave the nut a go - and the angle steel bent. Bugger.

A quick confer with the chaps on the forum saw me back at B&Q with the thickest bit of steel I could find - some 3mm. A lot (I swear this was as bad as that steering wheel) of straining and it finally loosened.

Counting the turns off and noting them down (I noted each one as it completed so I didn't lose count) the nut removed and the flange came off to reveal the cause of the leak - an old oil seal. You can pull this out with a screwdriver apparently but I used a proper seal puller as mine was really tight in and they're only a couple of quid and make it a lot easier (and it makes sure you don't score the inside of the cavity). The seal has a metal sprung inner so make sure you get that too. Oil will come out when you remove it, so make sure to top up the diff afterwards.

New seal in (with a smear of oil around the outside to help it in) and carefully tapped home, everything can be put back together, making sure to line up those paint marks - the nut generally doesn't seem all that tight when it goes back on but don't be tempted to go beyond the marks.

So far and that end of the diff at least is leak free. 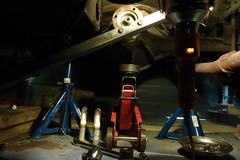 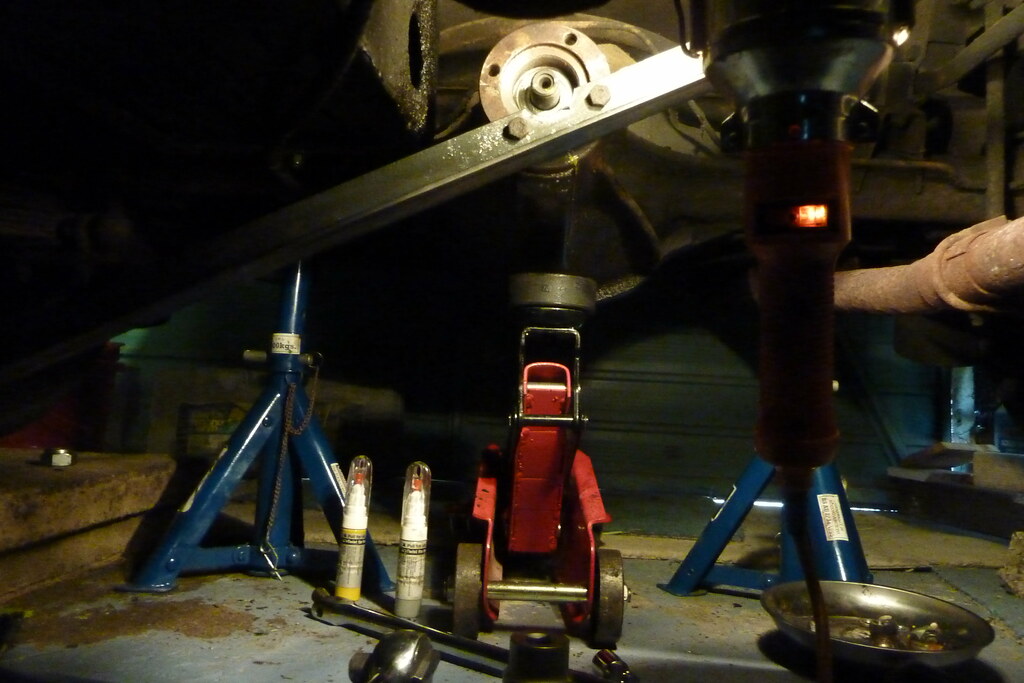