I pulled the handbrake on to be greeted by a twang and a vertical handbrake lever. Hm, that's not normal.

So it appeared that the cable had snapped which made getting home in heavy traffic (with a few hills) a clutch and footbrake job. Closer inspection verified that it has come apart near where the adjuster sits, the main place it's exposed.

The new one arrived in a surprisingly large box - I was picturing a coiled wire, but due to the gauge of the wire it was packaged at about half length, only folded once. Installing it was a bit of a pain - the driver's seat has to be removed to access the bolt which holds the clip behind the lever in place. There is also a 'fold-over' clip at the back of the prop tunnel which was easy to lever up. The main issue was with the bolt clip under the battery box - as the bolt was a screw-head and sat in the bottom of the battery box it had corroded and had to be drilled out (not to mention the pain of getting the battery in and out - need to sort out an easier way of doing that). The rear clip was attached to the diff via a strap and the final support - the hefty block and strap support - was near the compensator mechanism and was a lot more fiddly to sort out, partly due to my not ordering the replacement bolts and having to re-use the rusty old ones, but mainly due to the access issue of trying to move a spanner in the restricted space under there.

Once all the clips were in place and the cable hooked up to the rear brakes I could get on with adjusting it via the bolt on the lever. Still trying to get good balance between the handbrake effectiveness and the making sure the brakes aren't dragging - looks like one of the shoes is currently catching on the leading edge so that needs sanding down to allow the handbrake to be tightened further. 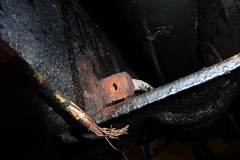 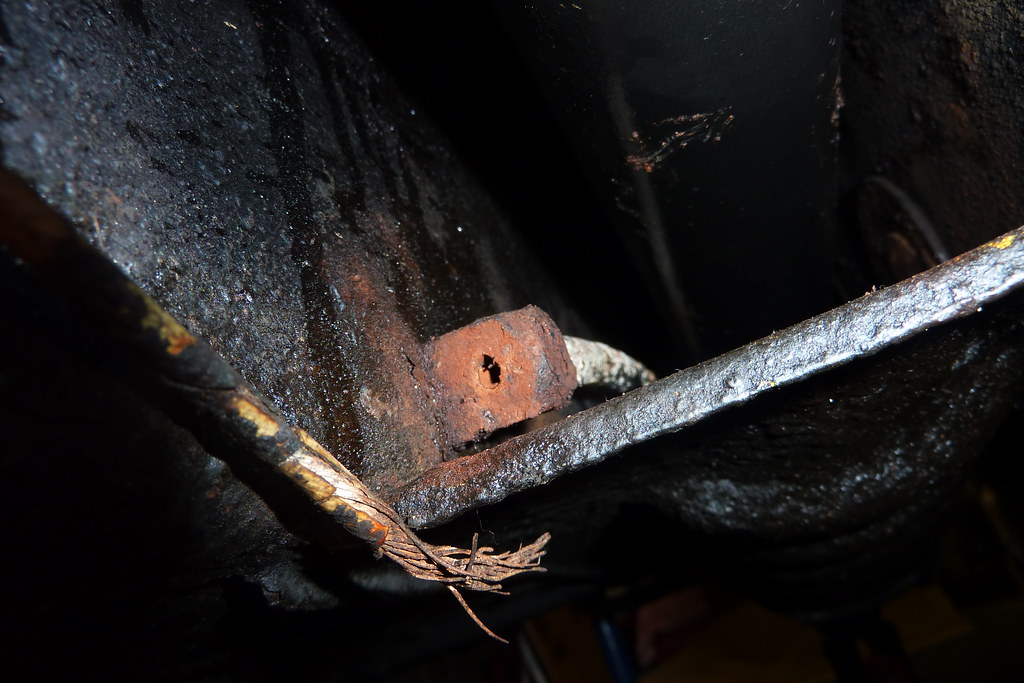