Just ordered a bunch of rattle cans to do some rust-proofing. Decided on Dinitrol products as they seem to have the best write-ups, though can be expensive.

Going to start by spraying inside all the box sections, cross-member, above the petrol tank and anywhere else I can get access to with their rust converter to stop any corrosion which might already be under way and give an additional layer of protection. I'm them going to use their cavity wax to act as the 'proper' water shield. Finally I'm getting some underseal to touch up the areas of the chassis where the factory stuff has come away.

I've already started coating the suspension, cross-member and petrol tank underside with Eastwood's rust encapsulator followed by their chassis black which leaves a really nice finish. That stuff is paint brush work whereas the Dinitrol stuff is supplied in aerosols with long-reach nozzles which will let me get right inside in the box-sections using the access holes.

Think this is going to be one of those jobs which just ends up snowballing!

Before I get into the box sections I decided to tidy up a few other bits. The sump had sketchy paint and rust patches, and the protective cross-members which run under the gearbox had a few places where the factory underseal had come off and rust was appearing. (yes I know that clutch hose looks a little twisted, but it looks a lot worse than it is, promise) .

I hit the sump with some degreaser and started to clean up the cross-members. Apparently even if the underseal looks ok, chances are there is rust underneath. I ended up cleaning up the whole cross-member.

So my plan of attack has changed a little. I'm going to treat the box-sections as planned, but I'm also going to have a look at the factory underseal, starting with the chassis rails and maybe moving on from there depending how things go (tbh the chassis rails will be plenty to start with, the underseal is pretty tough stuff). One of the photos shows a small section - you can see where I've scraped some of the underseal off and the bodywork seems pretty good (you can see the matt black original paint, even patches of yellow) but there is rust starting in places and this is what I want to sort out. 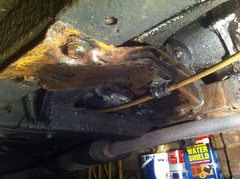 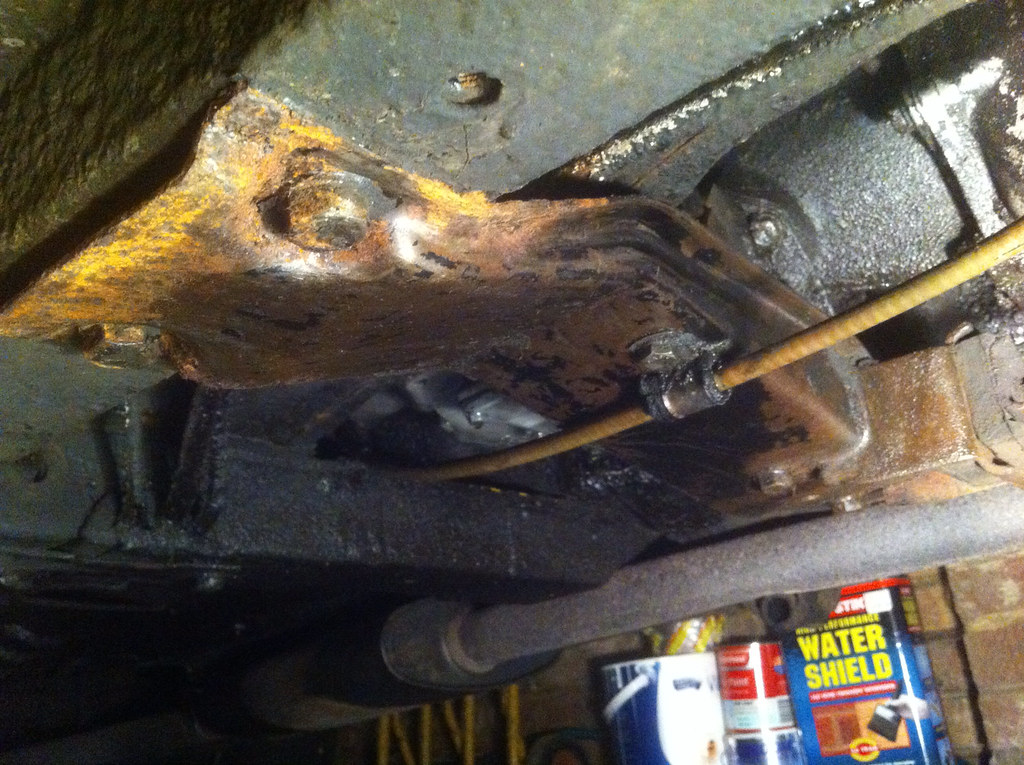