People say that Bs leak oil - 'marking their territory', 'if it doesn't leak, it's empty' or 'self lubricating' - but mine had gone from the odd drop under the sump to a decent patch under the manifold. A cast around served up the main suspect of the tappet chest covers.

Not a particularly quick job this as getting the bolts out of the covers means having to move the exhaust manifold aside. That means removing the inlet manifold, the carburettors and the air filters. This was the first time I'd removed either manifold, but it was surprisingly easy, though the nuts on the studs took a little bit of persuading to move past the rusted up threads. I left the inlet manifold attached to the brake servo and just moved it to the servo's side of the engine bay.

Fortunately the work does not mean the exhaust manifold has to be fully removed. There's enough clearance if you just pull it off the studs over towards the wing - I supported it from underneath with a trolley jack and kept away from the engine with a block of wood.

This meant I could now get to the covers, where I found the front cover's bolt was very loose - quite possibly the source of the oil leak. Not wanting to put everything back just to find the leak still occurring, I decided to press on and replace the seals, so at least I knew they'd be properly sorted.

The covers prised off and I could get a good look at the gaskets. They didn't look overly bad but the rear rubber one had definitely lost any flexibility. An inspection of the front breather cover showed the metal mesh tucked away (to prevent oil escaping) and a cursory blow down the tube gave no resistance, so the mesh was thankfully not clogged.

As the original manifold gasket came apart on removal I had to fit a new one. The tappet seals were a little more tricky though as they did not have the studs to sit on and so if not held in place could easily slip during fitment. I used Blue Hylomar gasket sealant to glue the gaskets to the covers, leaving them overnight with weight on top to ensure a good fit. I did not use gasket sealant between the tappet seals and the block or anywhere else, to ensure they could be easily removed for future maintenance.

With everything back together, so far there's been no extra leaks. 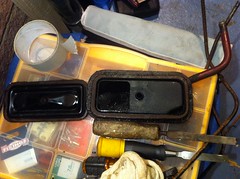 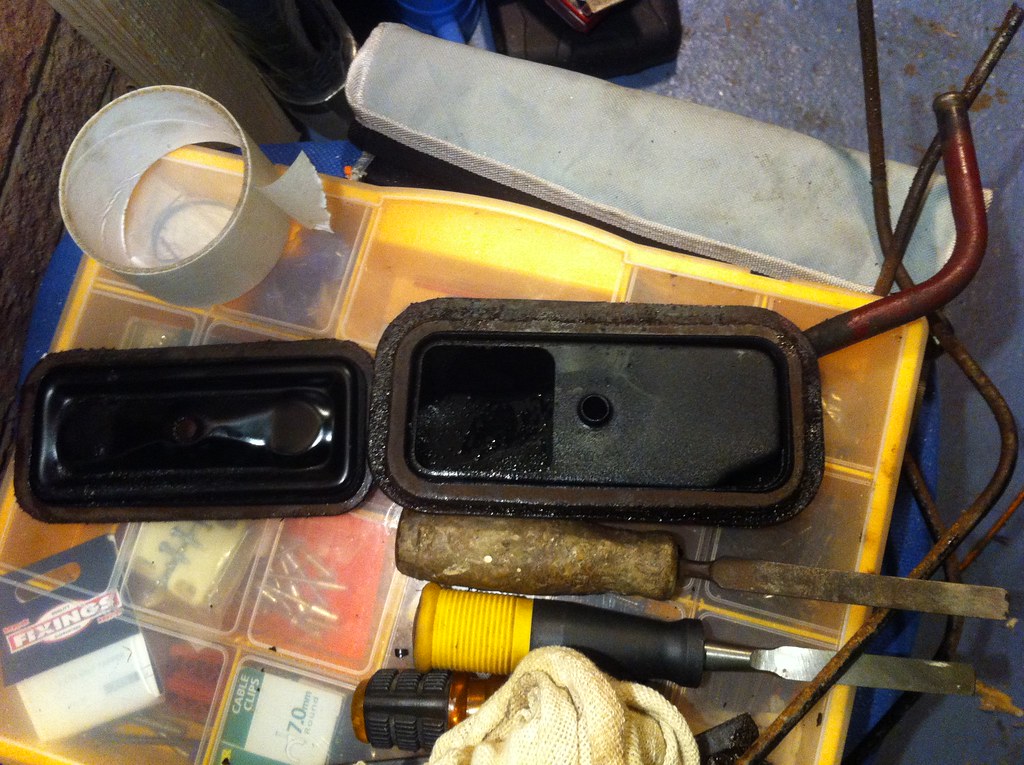