The bodywork at the corner of the windscreen had suffered over the years a little and had finally succumbed to the water runoff from the windscreen and roof. A small rust hole had appeared, so a little repair job was required.

I sanded back the rust to bare metal, revealing a slightly larger hole. A section of reinforcing mesh was applied from underneath the dashboard and a two-part epoxy bodywork filler used to fill the hole. Once that had hardened off and sanded down I gave it a coat of primer followed by a few coats of Inca Yellow paint.

For anyone else who's after this particular colour, I'd advise to go for the Halfords own brand rattle can. I'd bought a rattle can and a touch-up paint from the MGOC, however these were both poor matches. The rattle can had far too much of a green tinge to it and the touch up was both too yellow and far too thick - as to prevent it being applied smoothly. Luckily one of the fine chaps on the Club forum had said Halfords own brand was a perfect match (after another member had complained about the match from a Moss rattle can). While you are never going to get a 100% match due to 30 years of sunlight fading the paint, the Halfords colour is as near as you can get from an off-the-shelf product. I'll be using this can along with a small brush to tackle the small touch-ups required on the rest of the car. 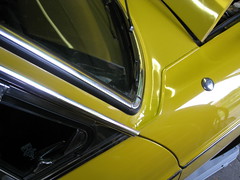 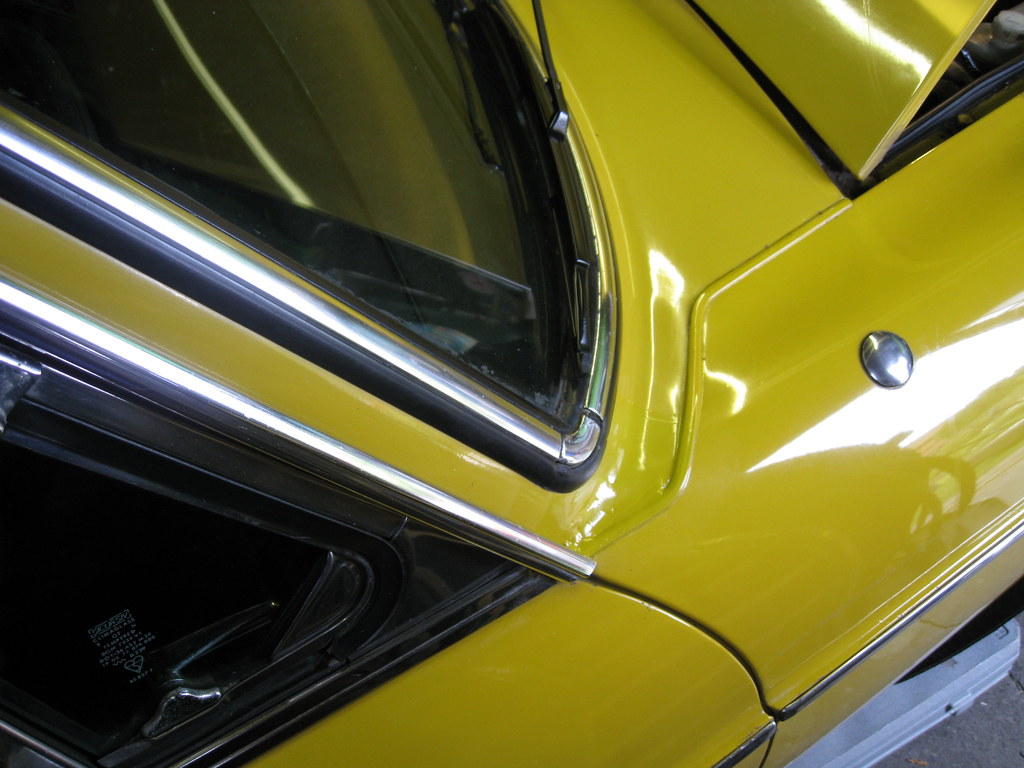