The hard pressure line carrying oil from the flexible line at the engine to the pressure gauge had split. I'm assuming that the work going on right next to it had maybe flexed the old line enough to stress it, then the engine pressure had further stressed and then split it. Luckily it split right near the joint, and so on the tiny portion which was not in the cabin. The result was oil on the bulkhead dripping onto the garage floor and a little dripping through the grommet into the footwell.

At the engine end it's easy to undo, but then it curves around under the dash before ending up at the gauge. The best way to handle removing it is to release the gauge first. This is a good time to show the easy way to access the back of the gauge (note I only found this right at the end of putting everything back, so I did most of this the really hard way i.e. in the footwell with my arm/hand getting cut and bruised in the mess of wires and metal behind the dash). From the passenger side get your hand behind the vents and push. The vents aren't secured to tight to the feeds and will just pop out. With both out you have really good access to the back of the gauge.

The gauge is held in place by a C-shaped clip which itself is secured by a thumb screw (looks like a thick threaded washer). With the clip removed the gauge will push out giving access to the other end of the line. Don't worry about oil drips from the line as you take it off, it is usually just full of air as they aren't bled.

The line is also secured by a clip next to the steering column - you might have to hunt for this as it is behind a few wires.

The new line I got was I reckon about 8 inches longer than it needed to be. This meant that I had to find room to curl it around behind the dash to prevent it getting in the way in the footwell. This was probably the most awkward bit (though getting the steering column clip back in was a git too).

In the bulkhead the old line came through the same grommet as the choke cable. As the new one was getting fouled going this way, I re-routed the line through the adjacent grommet which was getting used by a redundant wire (maybe old aerial?). 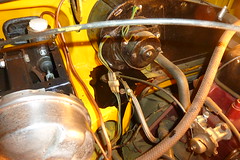 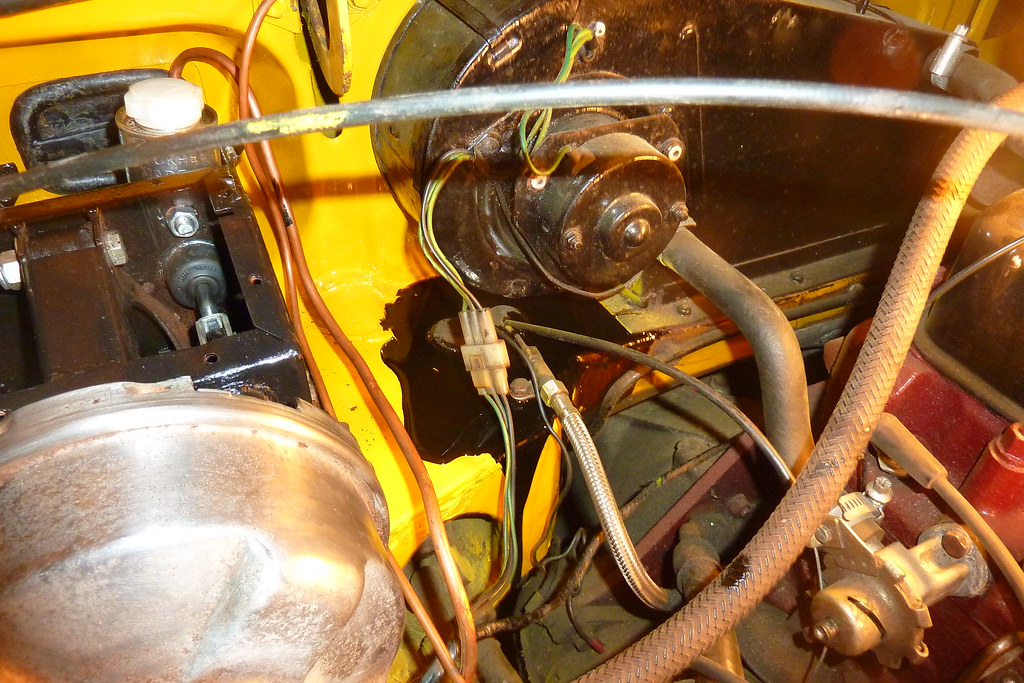