With the suspension stripped down and awaiting reassembly I took a little time to clean up the parts I would be putting back on.

I would only be reusing the hub assembly and coil spring, and of course the crossmember, so there wasn't a huge amount to do. The kingpin was covered in a mix of grease and underseal, so while it was off it was a good time to clean up the areas around the three grease nipples and top them up. This was the first time I'd done this, so I removed each nipple and tested it off the assembly to check it wasn't clogged up. Once I was happy each one was still operational, and with the kingpin cleaned up, I pushed grease through until the new stuff started showing from the 'ooze' points.

To tidy up the crossmember, spring coil and brake shields I shelled out for some Eastwood Rust Encapsulator and Eastwood Chassis Black. These aren't cheap, but I did both sides with them and didn't make a dent in the quantity, so I think it'll last me a while. The rust treatment is really thin, but this means it gets into every nook and allows a couple of coats without making it too thick prior to a topcoat. The Chassis Black gives a nice semi-gloss finish and will hopefully protect the chassis from the debris it'll get hit by. 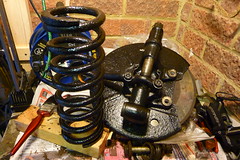 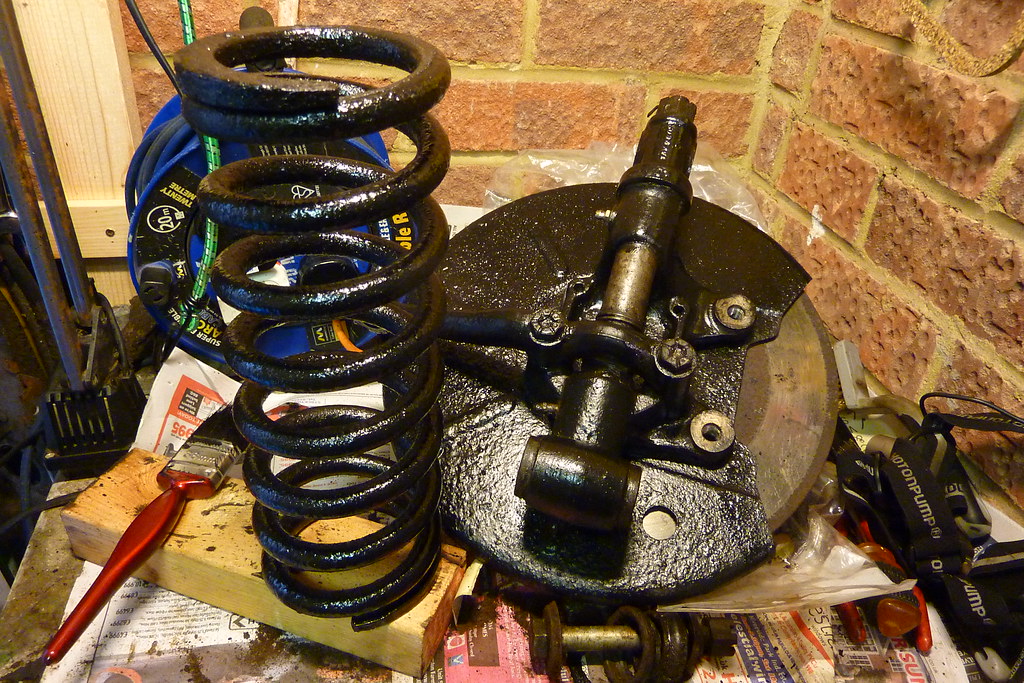