I wanted to see what effect a 74C stat would make, but as might be expected it only really keeps the engine cooler at the start, once the temperature rises after the stat is opened there is no difference to the 82C stat I had in place before.

The concern I do have is that is taking the engine that much longer to get up to full temperature and so risking more wear and tear. From what I've read, the 84C - 92C the engine is running at is perfectly normal and in fact desired as it improves performance. So I think I'll be putting the 82C stat back.

However I still feel my temp. gauge is overreading and while my radiator drops the temp. of the water by around 5C, I'd like to see if it could drop more.

So next up is a radiator flush with some RadFlush to see if I can improve heat dissipation. While I can't find any cold spots on the radiator and the back-flush I did came out clear, there could be hard deposits which will only be shifted by chemicals.

I also want to take a look at the gauge. If the engine temp is ok, the gauge could be overreading for one of three reasons - a faulty sender, a faulty voltage stabililser or just having gone out of range from gradual movement over time.

I know the sender is fine as there is a pretty simple test. Take the wire off the sender and earth it - I used the earth strap on the alternator. When earthed you should get a full deflection on the gauge - the pointer moves all the way from Cold to Hot. That shows both the gauge and sender are fine.

The voltage stabiliser is normally reliable if original, but if the engine has overheated in the past it could cause it to mis-read now. Normally if the stabiliser is faulty you'd also get an issue with the fuel gauge, so one way to test it is to see if the fuel gauge is accurate. I don't want to run it dry, and filling it won't help (as my temp gauge is over-reading, the fuel gauge should be too and a full tank might not show me anything), so I might just have to try out a replacement stabiliser and see what happens. The final solution will be to just recalibrate the temp gauge, so it at least doesn't look like it's overheating all the time!

While I had the bonnet up I put in a new overflow hose on the expansion tank as the old one looks to have been snipped off at the tank and never replaced. I also added a cable tie to the fan switch on the radiator to make sure it didn't pop out (again). 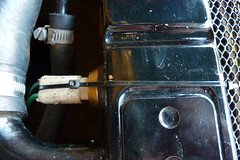 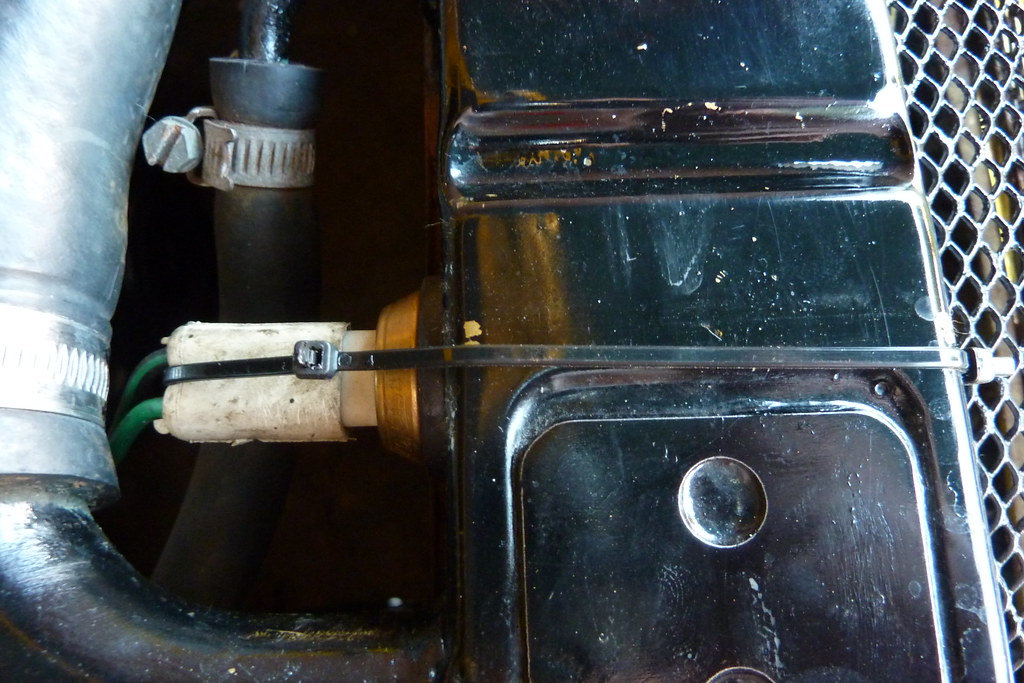