As the temp. gauge had been sitting just at the top of the blue even when the engine was too hot to touch, we guessed that the likelihood was that the sender wasn't working.

This is a small thermometer which sits in the engine housing just above the alternator and feeds back to the gauge in the dashboard.

While we were at it, we also swapped out the fan switch. This was more of a precaution as the fan was coming in when the engine got hot, but I felt happier having a new switch in there. I'll probably keep the old one as a spare in the boot.

Both of these were quick installs. Each comes with a rubber collar which forms the seal.

Next up for the cooling system is a radiator and engine block flush to get rid of all the crud, and check what the temp. gauge is reading with an infrared thermometer trained on the engine block. 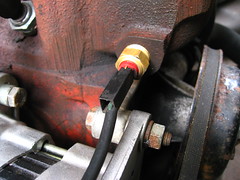 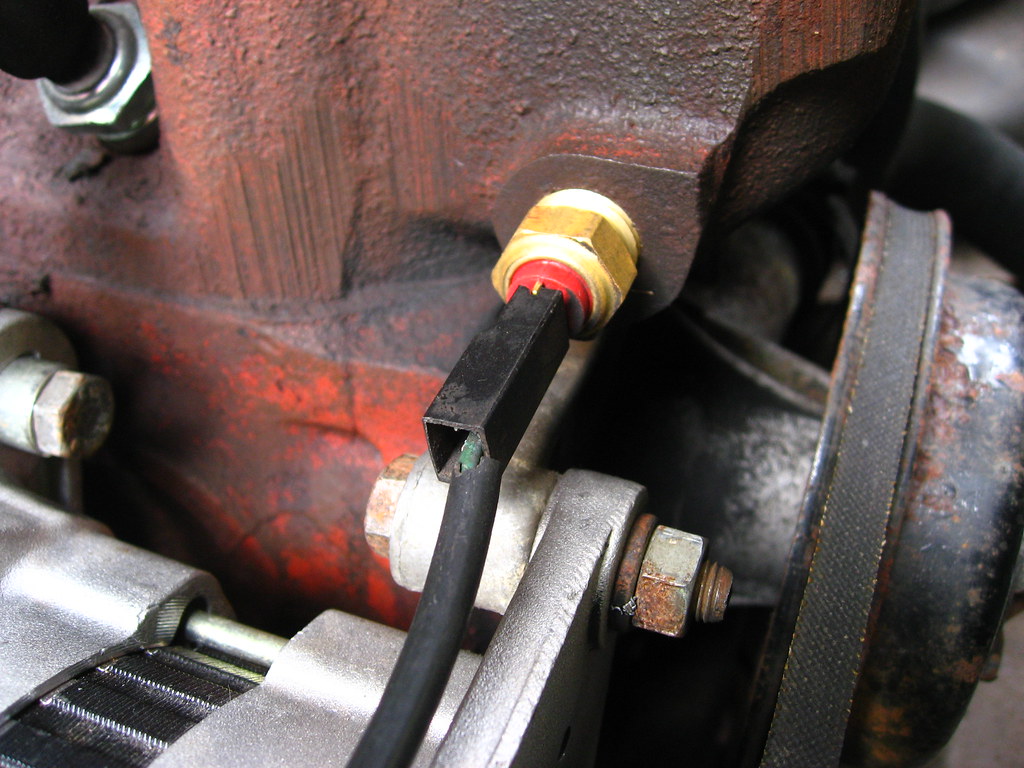