One of the worst jobs on a B they said :)

It is a bit of a pain, but at least you aren't under the car having to do it, so right now, not yet having tried to put it back in I'd say it's not too bad. That might change on reassembly though!

The reason for pulling it was what I anticipate to be a leaking matrix - the mini radiator inside the heater. For a few months the windscreen had been misting up along the bottom, but this only got worse when putting the heater on. Removing the box means first disconnecting the control cable for the demist/interior knob. I did this at the control, then realised you could access the cable where it attaches to the base of the heater via the air vent in the driver's footwell. Or so I assumed - when I was pulling the box out despite having supposedly disconnected both ends of the cable, it remained firmly attached at the heater. Turns out that behind the thick rubber seal is a cable clip holding that end firmly in place.

Once all the screws are removed from the base of the box, the large clip from the top and the hoses have been disconnected then it is really just a matter of coercing the box out from its seat. Easier said than done due to the amount of box below the shelf surface, the overhang of the bonnet surround above it, and the large clip on top of the box. Bending that clip over seems to be the common way of negotiating the box out, and I can't see any other way of doing it. Beyond that you just need to wiggle it around and eventually it will pop out.

Once out the clean up begins. I'm going to need to replace all the seals, screws (most of which I needed to drill out) along with the foams and matrix I'd planned and the wire mesh which sits across the air intake in the firewall (some aluminium mesh should do it). In addition I need to replace the foam seals on the flap in the base of the heater which aren't for sale anywhere but look to be some sort of thick felt - so off to the local haberdashery!

I'll be treating all the rust and repainting before I drop this back in. 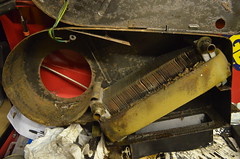 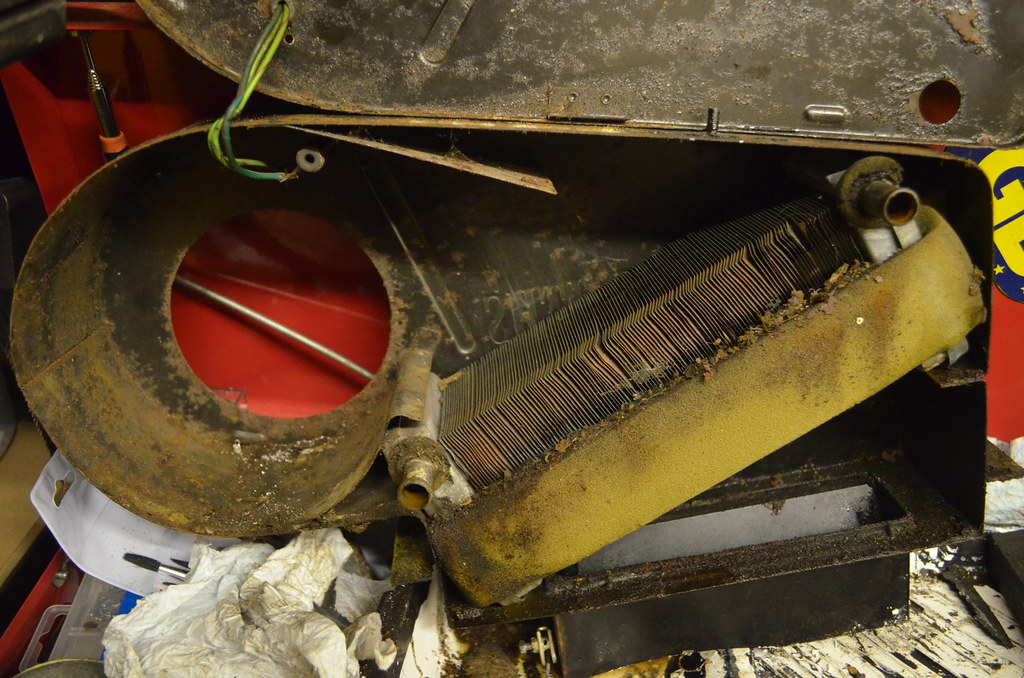