I needed to sort out some rust near the chrome waist trim on the front nearside wing, so to do a decent job fixing it that had to come off.

There are three sections to the trim. Each is held on by one special bolt which slides into the chrome and several discs which remain attached to the body and the chrome clips to. The rear trim has the bolt at the tail end, the doors may or may not have a bolt in the middle. The front trim, which I'm concerned with, has the bolt (5/16") at the front, right behind the headlight bowl, just above the seam which it is designed to hide. It's a bit of a pig to get to - taking the front wheel off is the easiest way - and you can't get a socket in there as the headlight bowl intrudes, but a spanner does the job fine. Amazingly while it had a little rust, the bolt didn't shear off which I'm so happy about.

Once the nut is off, the front of the trim pops and you can start popping off the clips. I've got a trim tool but a flat screwdriver should be fine. Make sure you use a cloth to protect the paint, get as near to the clip as possible and pry it off. I found it easier to lever off the bottom of the chrome from the clip first rather than pop it off in one go.

As expected there was more rust underneath the chrome - such a lovely rain trap! A bit of abrasive, some rust treatment, (filler where required!), primer and paint and it should be looking much better. 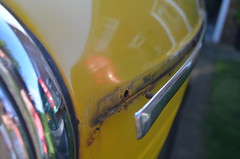 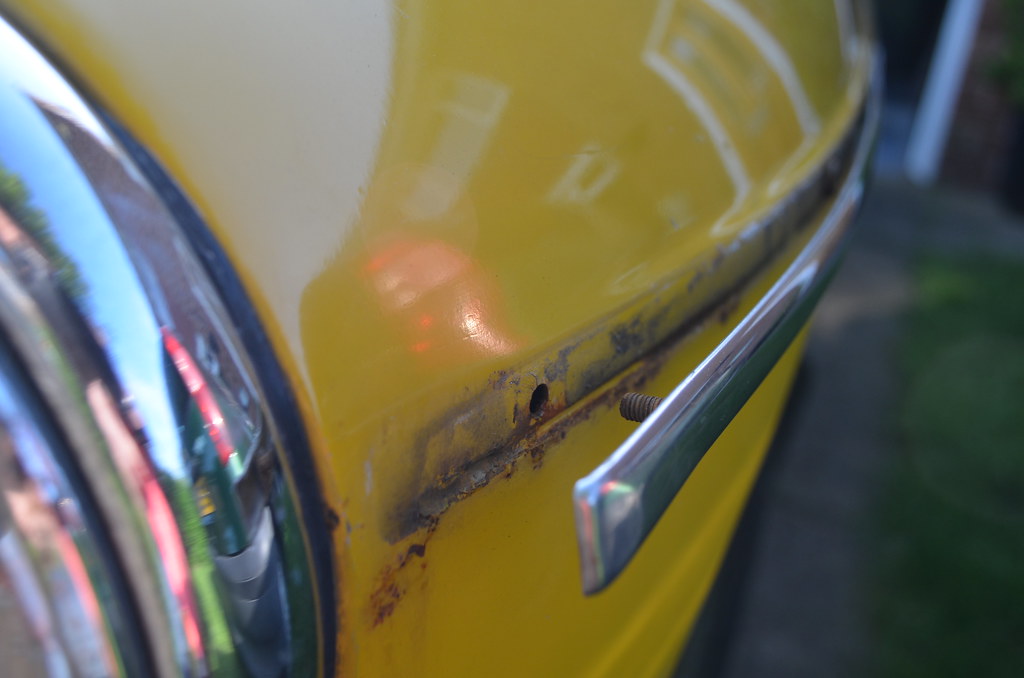