So, removing it isn't as hard as getting the heater back in.

With the heater de-rusted, primed and treated with a couple of coats of Eastwood chassis black it was ready for reassembly. The new matrix was dropped in with new foam surround and the disintegrated felt on the adjustment flap was replaced with thick felt sourced from eBay (all the stuff I could find on the high street was much too thin). I'd treated a couple of minor rust spots on the bulkhead and had a tidy round ready for reinstallation.

The problem with refitting is that the new rubber block which sits between the bottom of the heater and the pipes from the cockpit is way too hard compared to the original which is more of a dense foam. Where the original is quite quishy the replacement has little give and this is where the problem lies. Due to the shape of the bulkhead, the block sits in a slight depression, but getting it into this, whilst attached to the heater and with the control cable through it is what might be described as a bugger of a job.

In the end it took two of us, one pushing on either end to prevent each end from popping out when the other end was forced in. Liberal coating of various surfaces in silicone grease helped, but even so it was a struggle.

Side note - for some reason despite the bottom screws all lined up the one attaching the top lug to the bulkhead was slightly off and the original screw refused to connect with the floating captive nut in the bulkhead. In the end after many tries I admitted defeat and put in a nut and bolt, positioning the nut via the scuttle vent. No doubt future me will not be impressed if I have to remove the heater for some reason.

On the plus side, I now have a fully working heater which no longer steams up the whole car (even when off), which makes it drivable again. 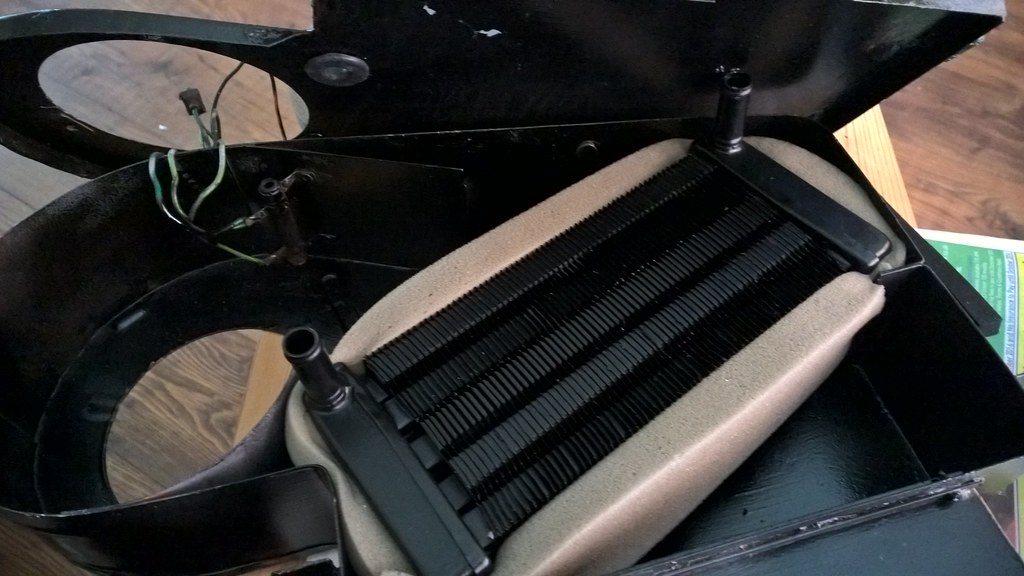