It was supposed to be an easy drive across-country but ended in a half-empty gearbox, a new propshaft and two recovery truck call-outs.

Travelling down the M6 at night I'd noticed already that the OD was slow in engaging, taking anything up to 10 seconds to kick in. If I'd known what that meant I'd have pulled over before I did.

What did make me pull over was the OD dropping out, followed by a sudden vibration throughout the car. At night on the motorway at high speed this was more than unnerving!

On the narrow hard-shoulder I did a quick inspection of the propshaft but with limited access I couldn't see much and the rear UJs seemed solid enough. I decided to try to make it to the next junction and find somewhere better lit and more than a couple of feet away from trucks doing 60mph for a proper look-see. Luckily I made a couple of right turns and ended up in the car park of a Holiday Inn. Grabbing a torch I dropped under the car and found the entire underside covered in oil. Crap. My initial thought was that the vibration was the propshaft and that had broken a seal, dumping the contents of the gearbox on the M6. Whatever, I knew I couldn't do much in the dark, especially wearing decent clothes and no access to oil in any quantity (I carry a small bottle for top-ups but not the amount I had stuck to the underside of the car).

However I was in a hotel car park, which meant food, warmth, toilet facilities and somewhere to sit while I waited for the inevitable tow truck. A quick 'where am I' conversation with the reception desk and I was sat in the hotel bar with a ploughman's having called the recovery firm. While I was waiting I jumped on the MGOC forums for a quick 'what have I done' conversation. That conversation was worth the membership alone as the chaps put my mind at ease - special thanks to JC and John. They both said that the OD switching in and out and the delay I'd experienced was likely down to a loss in oil pressure in the gearbox. The vibration was possibly unrelated. Most importantly they said the gearbox was pretty much bombproof, like the engine, and it would likely be fine - the best words I'd heard for a long time!

The recovery truck arrived and the chap hoisted the front of the B up with his spotlights on. He found that the gearbox filler was loose which will have explained the loss of oil (could swear I'd checked it, but who knows?). He was satisfied that if we just filled the box up I'd be good to go. Awesome I thought and followed him to a Shell garage a mile away where we filled the gearbox oil up (using the same Heath-Robinson arrangement of plastic pipe and funnel I use at home). It took 3.5 pints meaning it was over half-empty! Off I went and the B felt much better, the OD now jumping in immediately. 40 minutes later and I was at my destination, much happier than I was 2 hours earlier.

It didn't end there though. The next day I took the B out and 20 minutes later the vibration started again, worse than before. Another inspection of the propshaft and I found the collar was the issue, I was able to move the whole joint side to side. I managed to limp the car back. A new propshaft would be needed before I could take this car back on the motorways for 150 miles and I knew nowhere local would have one, especially as it would now be Sunday when I'd be looking; it would have to be the back of a low-loader for me and the car. 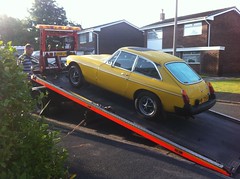 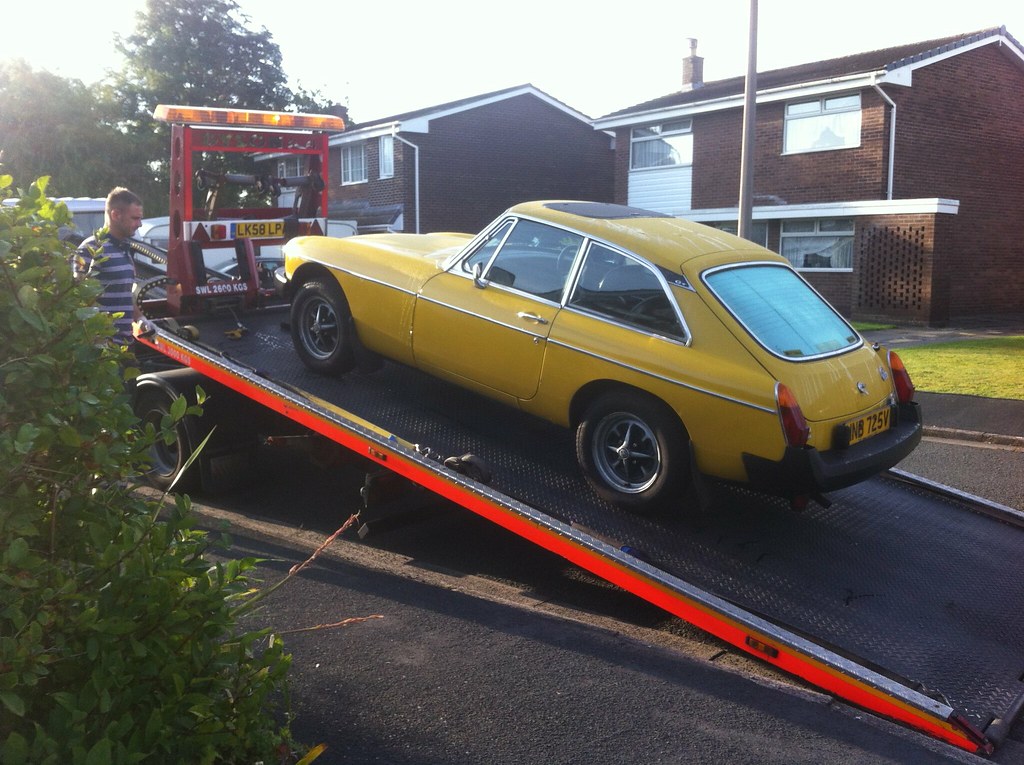