Too many rough roads these days has meant the B's old seats, which are a little less comfy than they should be, need a refresh.

Rather than do a full-on change of squab, back and cover, I worked out that really only the foam bases needed replacing to improve the ride. Taking the seats out isn't a hard job, but is helped by having a racheting 7/16" spanner as there is no way you can get a socket set to most of the bolts you'll need to undo. Slide the seat all the way forward to reveal two bolts in the runners, remove these then slide it all the way back to remove the other two. The seat will come out now, probably with the rails still attached - the one with the ratchet may need sliding back to allow you to clear the door, the other one will just likely fall off. The runners sit on wooden strips which hold a metal disc over a hole in the floor for each bolt. Keep all these bit safe (note the wood strips have a front and a back end).

Once you have the seat out you can start disassembly. I was only replacing the seat foam, so took a bit of a shortcut here. Rather than remove the whole base cover I unclipped the front and sides, leaving the back of the cover clipped. There's no point removing this and it acts as a good guide when refitting. Most of the original glue on my seats had given up years back so removal was pretty easy if messy - the old hessian bases had pretty much disintegrated. The webbings were ok, maybe a touch loose, but I didn't want to replace those too only to end up sitting so high I'd have to start making adjustments.

Reassembly was pretty easy as the old covers had marks left by the clips, meaning I could just use those as a guide for putting everything back together once I'd pushed in the new foam along with the new hessian protection. I decided not to go down the route of using any fabric glue when I put it all back together. Partly this was to allow for me to change the clip tightness later as the seats bedded in, but also as on the driver seat the seat lining had ripped where the glue was still holding and I didn't want this to happen any further. I figure the clips will be plenty enough to hold the covers on, we'll see if I'm right.

I'd say the hardest part of the whole thing was getting the seats refitted in the car - getting all those bolts lined up and trying to slide the seat when it wasn't properly bolted in was a real pain, but the result was worth it. I had to readjust the rearview mirror as I was sitting higher now, more central to the windscreen and a drive down some rough B roads confirmed a much more comfy ride :) 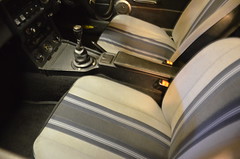 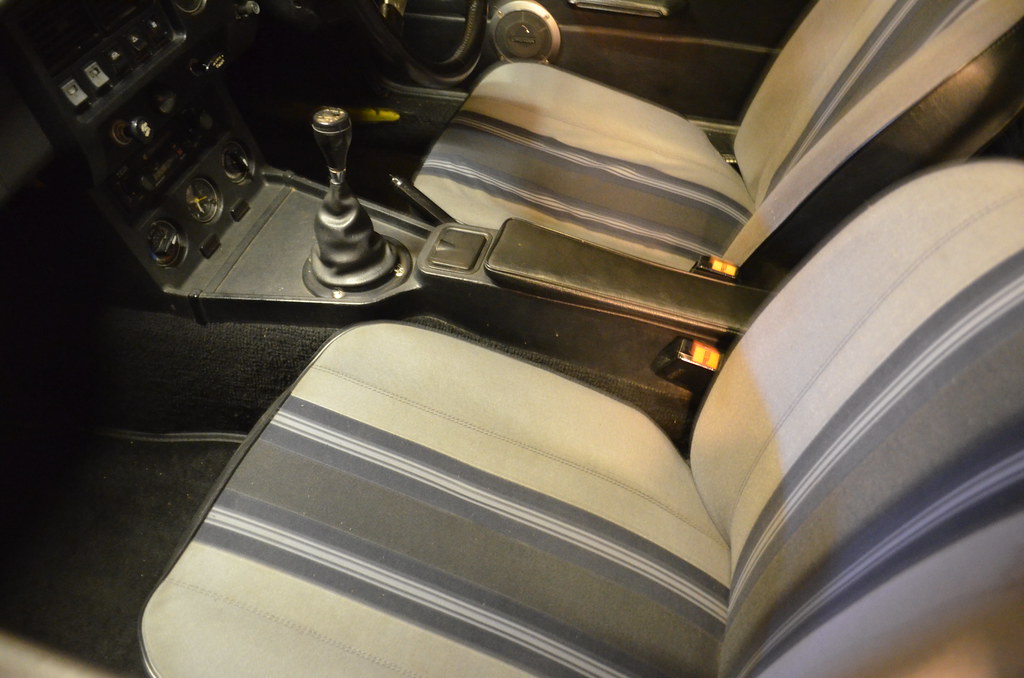