Continuing the hunt for the cause of the hesitation, the next point of attention was the fuel pump and associated pipes. It was possible the electric pump I fitted in 2008 was starting to fail, or had debris stuck in a valve. General thought seems to be that the OEM SU pumps are the best as when they start to fail they do it gradually and can be coaxed back to life enough to at least get you home.

So with a new pump and all new fittings I set about getting the old one out. Which turned out to be a lot easier than I thought as as soon as I'd released it from the boot clamp and pulled it through, the attached rubber pipes just split like they were brittle plastic. Clearly the pipes were well past their best. This could be the cause - if there was an air leak it could be reducing the pressure enough to bring on hesitation and the slight flexing of the pipe could mean it was intermittent. Unfortunately when doing fuel delivery tests I'd always had the pipe out of the petrol so wouldn't have noticed if there was air in the delivery. 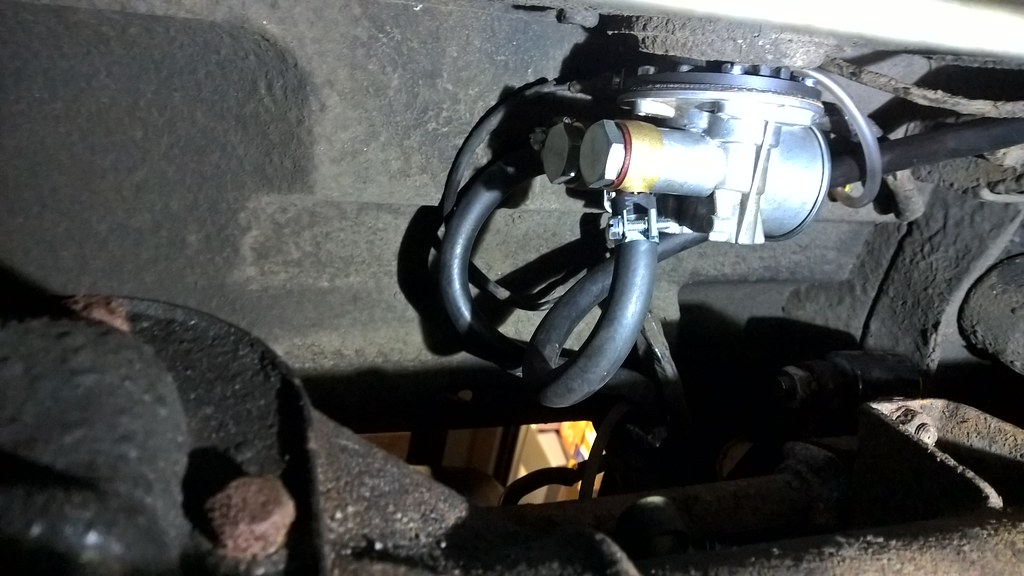