So it turns out one of those annoying rattles was the rear box of the exhaust which had lost all the padding leaving the mesh tube rolling around inside (and a loud exhaust).

Although the rest of the exhaust looked fine I went for a up-to-manifold replacement. Now the question was mild steel or stainless? I suspect the one I was taking off was stainless as there were no holes anywhere and was very solid. A check on the forums suggested that stainless might not have quite the right exhaust note and being over twice the price was a little more than I wanted to spend. So mild steel it was and Peco seemed the brand to have. A call to the Club revealed that they produce their own version, using the same gauge steel for around 2/3rds the price. In all with new donuts, studs and brass nuts for the downpipe and clamps for the joints the whole thing came to Â£127 with next day delivery.

I was keeping the original manifold. All my research indicated it is actually really performant and the only reason to swap it would be for weight. However I had seen some people note issues with heat build up in the engine bay with aftermarket manifolds, so i'd be sticking with the cast iron.

The Club exhaust looks really nice when it arrives - it's finished in a mild green, so looks smart. Wish I'd taken a photo of it then as I've since found out taking photos of it on the car is pretty much impossible without a lift (will take one at MOT time)!

I just jacked the car at the front onto axle stands as the rear and aft brackets had been replaced recently and were easily removed, so I wouldn't need to be wrangling with them too much. I'd need the height at the front to get at the manifold-downpipe nuts.Have some wood blocks or similar to support the outgoing and new exhausts while you are working - I used a third axle stand to support the exhaust at the downpipe.

Taking a first look at the manifold I was a little shocked to see one nut missing and the collar on that pipe was split, good job I'd be replacing them! Initially I was pleasantly surprised as two of the nuts released relatively easily. Of course then one of my studs sheared off but I eventually managed to release all but one. That was attached to the broken collar so a swift smack with a hammer and screwdriver broke the rest of the collar and released the exhaust.

If you have one a long 1/2" socket as the manifold to downpipe studs can get a bit in the way of a standard one (though I managed). One of those knuckle connectors for a socket is necessary too to get to the nuts next to the engine.

Now I had to remove the manifold to get good access to the stuck studs. The studs were pretty well gone and after trying to remove them with a stud-puller and heat I ended up taking the manifold to a local engineering shop to get the remaining ones removed and the sheared on retapped (Â£30 well spent).

When putting it all back together don't be tempted to tighten up the manifold/downpipe nuts until you have all the other sections connected up and the exhaust lined up - I did that and had to loosen it off.

I used some exhaust paste on the manifold donuts (which go fabric side against the manifold to make a better seal against the coarse iron) but only used the clamps on the other two joints and no leaks - hopefully will be an easier removal next time too. Turn the clamps so the nuts are to the side or up to avoid them catching on stuff as they will be the lowest thing on the car.

The hardest thing about this was holding all the sections in place while twisting them together and getting them lined up the various cut-outs in the chassis. The Club exhaust seems like a good piece of kit, I only had to do a little bit of fettling to expand one of the ends of the middle section to allow the front section to slide in. One thing to note is that this is a larger bore system than the OEM one, so the rear bracket will need the V8 saddle clamps - the standard ones are just too small.

Couple of last points. First off when tightening up the front section to the manifold, the collars do not butt up to the manifold - there should be around 5mm between the two. Secondly, there might be some smoke given off when you start it up first time due to oils burning off (double-checked this on the Club BBS as I was worried I had a leak and was running around with a CO2 detector to check!). Lastly, and something I need to check myself is that this exhaust has a straight pipe at the back - I'm not sure if this will affect the rubber bumper; the old exhaust had a down-curve on it which pushed hot gases away from the bumper, so I might need to get a trim piece to finish that off. 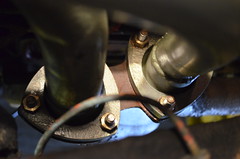 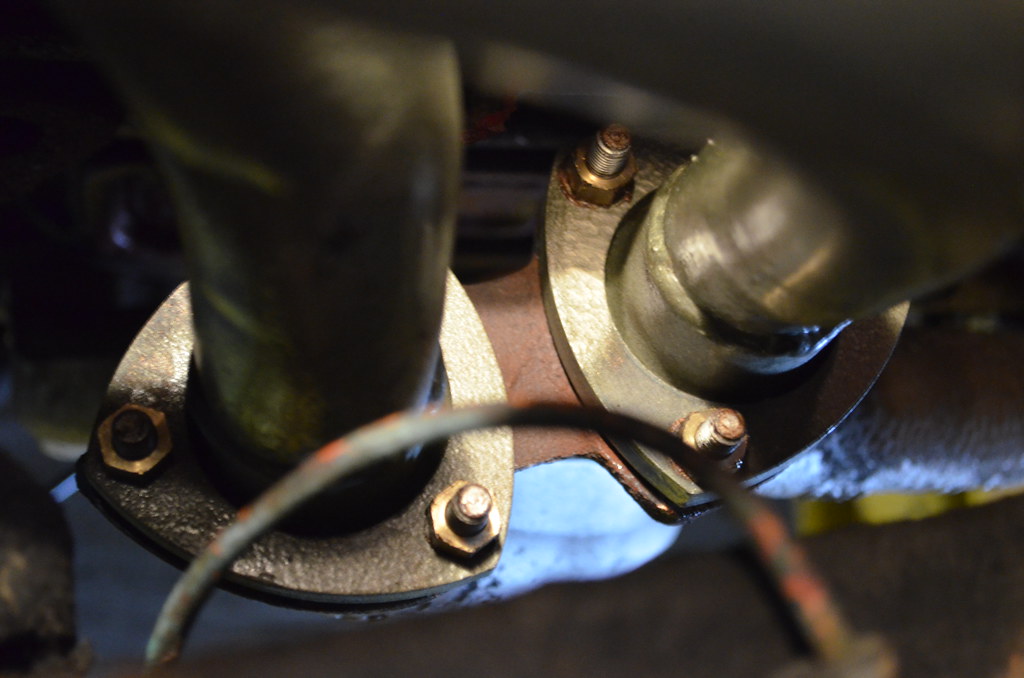