It's been pretty cold recently so work on the car has slowed a little, but we've finished off the clutch assembly by fitting the master cylinder. On the original cylinder the outlet pointed upwards, but the new one's thread meant that the outlet would be angled to one side. To fix this we added an additional washer to the end of the cylinder.

In hindsight this might have actually made it more difficult to fit as the height clearance between the top of the outlet and the bodywork was a tough manoeuvre for the copper, but I think it makes for a neater look.

The only way we could access the bottom bolt for the master cylinder was lying almost upside-down in the driver's footwell, trying to avoid snagging too many wires under the dashboard. The long ratchet extension (the only one we could find which got past the blanking plate) just made it past one of the supports under the dash, an inch shorter or longer and we would have been scuppered. 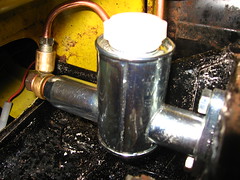 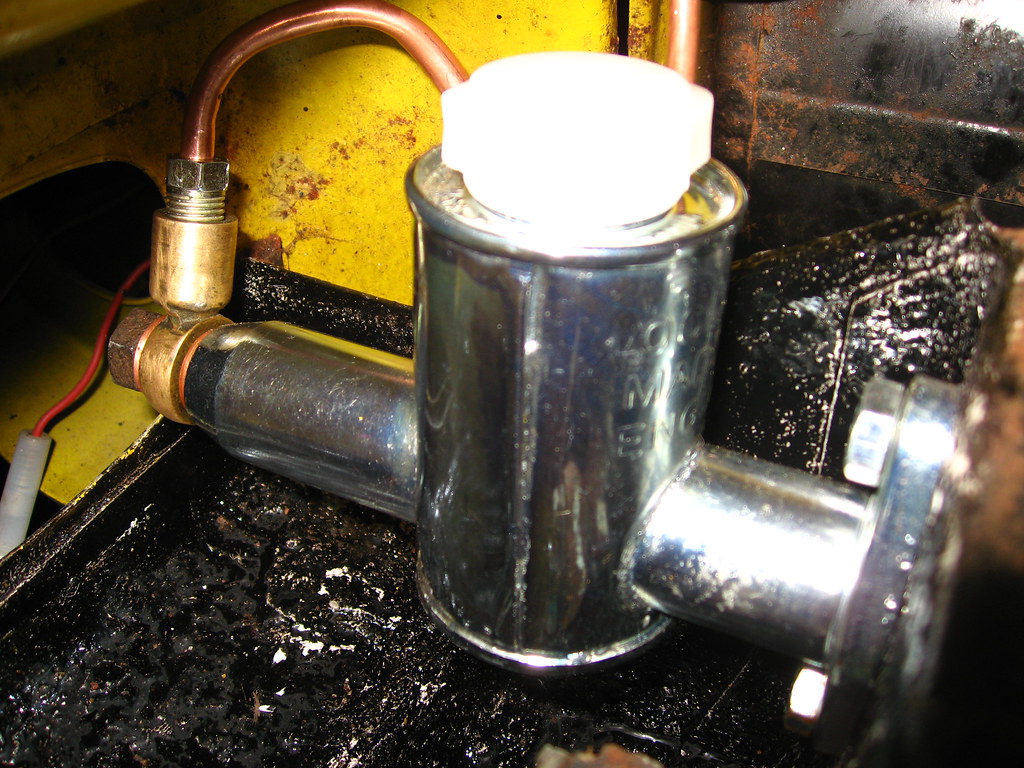