I've been thinking of lowering the B for a while now. Mainly because at certain times it can look a little high on its springs being a later model with the raised suspension. However is was keen to cut down on the body roll around corners and hoped this would also help this.

For the standard lowering procedure (the one that doesn't involve replacing full cross-members) there are 4 aspects. The first two are the most obvious front and back actual lowering. At the front this is done using a smaller spring than the original - I used the CAHT21 lowered springs which were around 1.5" shorter than the ones I was taking off. At the rear because of the leaf springs the lowering is done by the addition of aluminium blocks fitted between the axle and the spring which effectively pushes the axle closer towards the body.

The other two aspects of lowering are the anti-roll bars. The front is currently a 1/2" but this gets increased to a 7/8" when lowering and the rear should be removed. The rear ant-roll bar was added when the ride height was increased to improve handling, but when lowering again it is generally advised to remove it to avoid snap oversteer.

Additional work which can be done is cutting down bump stops front and back, and using shorter rebound straps at the rear. I've not yet done these as so far I haven't seeen the need or experienced any bump steering.

The installation is pretty simple. I'd had the front suspension apart before so the springs went in with little drama. The front ARB was something of a more involved job - both removing the old one and adding the new one, especially the latter as the replacement was a slightly different profile. At the rear again as I'd has the suspension apart a while back to replace various parts disassembly wasn't too bad, but getting the longer u-bolts in was something of a pain. The aluminium blocks also took a little persuasion to fit against the axle but once the bolts were in place, plus the weight of the car was sitting on them they eventually sat snugly in place.

The car was finally around 1.5" lower all around once all the work was done. It went from 41cm to 37cm (wheel centre to chrome strip) at the rear and from 33cm to 29cm (wheel centre to arch) at the front, so happily a similar drop at both ends. I thnk it looks better even though the drop isn't massive, but it just lowers the gap above the tyre in the arch at he front and just tucks the rear tyres into the arches. Handling-wise it seems to corner more flatly and whilst the body-roll wasn't a real issue it feels a little more planted, especially on roundabouts. Cornering it doesn't feel much different right now, but from reports the main difference here happens when the rear ARB is removed. I haven't yet removed the rear ARB, partly because the bolts were fully seized and I think I'll need to invest in a reciprocating saw to remove them. Now I've got an idea of the incremental difference, now I'll see about doing this final bit of work and see what difference that makes. 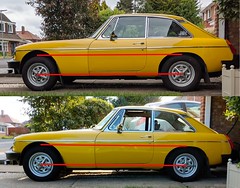 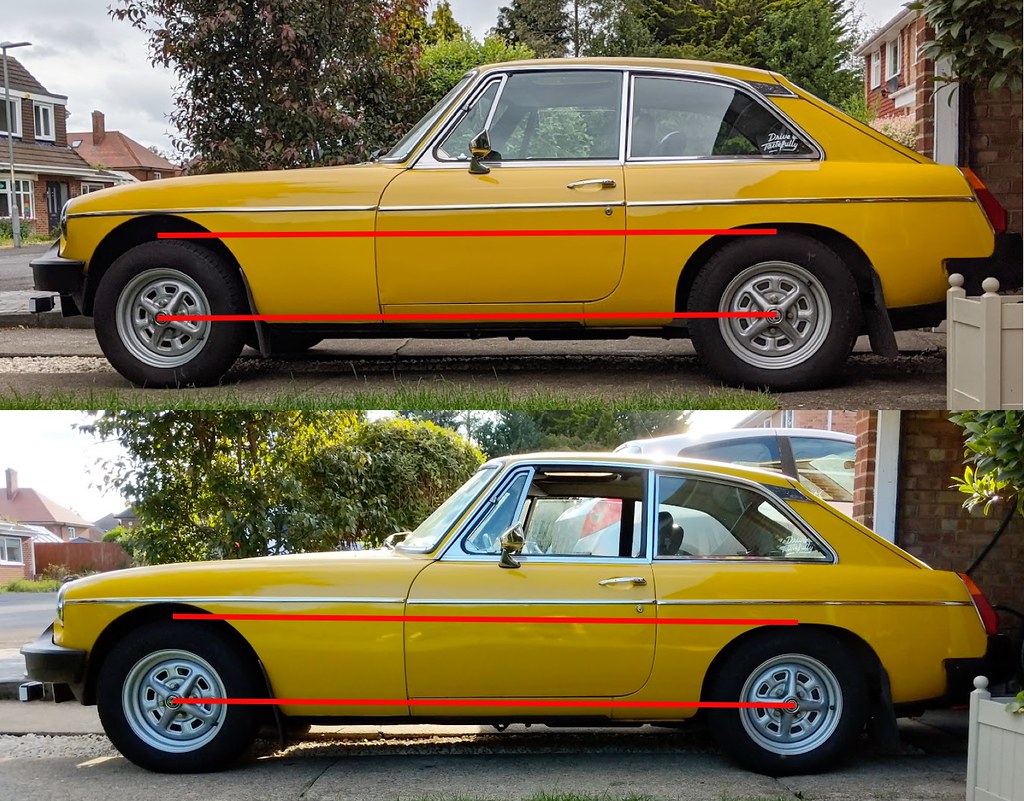