New Year's Day evening. Torrential rain and wind on a dark A66. Not the best place to lose all power.

We were halfway through a trip across the Pennines and had just left the motorway for country roads. Heavy rain and wind had caused the undulating unlit roads to become a series of large puddles - the first we knew of this was when a sheet of water was launched from the nearside wheelarch as the horizontal rain masked the road. After a couple of miles we reached a point where water reached right across the road forcing all cars to navigate it one by one down the centre. As we reached the opposite side we were flagged down by an oncoming car who told us to turn back as the roads ahead of us were even worse and they (in their higher modern car) had only just made it through.

So back through the water we went. I pulled over at the first available spot (an old petrol station) and had a look under the bonnet to see if any water had made it into the engine bay. There was a little just near the expansion tank and the splash guard was wet but the block and ancillaries seemed fine, so I put the slow indicators down to water in the lenses causing a bad earth.

Taking an alternate route we soon made it onto the A66 only for the car to miss under load, hmm. The the wipers started to slow, and then eventually it started to miss a while lot more. Luckily we managed to find somewhere to pull in off the road (the A66 is a fast road with a lot of HGVs, but unlit and on this stretch, single carriageway). I turned the engine off and called for recovery. While we waited I decided to move the car back a little to help the recovery truck load but the battery was now so low it couldn't start. By the time the truck arrived we were down to sidelights, but luckily only 40 minutes from home.

There hadn't been any warning light to say the alternator was not charging the battery but that was the main suspect. A test with the multimeter confirmed things - before starting the battery was showing around 14v. After starting it was about 12.5v, then I turned on the lights, indicators and heater and the charge started to drop until I pressed the accelerator when it stabilised around 11.5v. Knocking off the lights etc and the charge started climbing again, up to 14v. So it looked like the alternator could not keep up with the load on it. This would explain why there was no warning light.

There are some possibilities here 1) the alternator was fine and it was the belt which was slipping - backed up by the belt being worn heavily and black powdery residue across the pulleys and engine block; 2) the bushes were worn - taking the alt apart showed the bushes were different lengths, but that isn't conclusive evidence either way; 3) something else internal to the alt (bearings or electrical).

I ordered a new alternator and belt before I had removed the old one so didn't get around to testing the old alt with a new belt (could possibly have saved myself some money there! but I'll get around to checking it in the summer and worse case is I'll have a spare alt). If the old alt was fine it could have just been a matter of water on the belt making it slip and causing the heavy wear which then prevented the alt from producing the charge required. If the old alt is the culprit then I can only think that water ingress behind the alt had some sort of impact on the inner workings. Thanks to all the MGOC members who helped out trying to work out what happened here.

With the new alt and belt the battery is showing 12.2v prior to starting the engine, and maintained 13.7v with lights, fan, indicators all on. I've got a digital voltmeter on order now, until such time as I can get hold of and install a proper gauge. 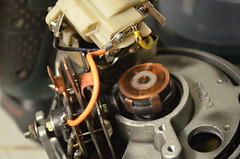 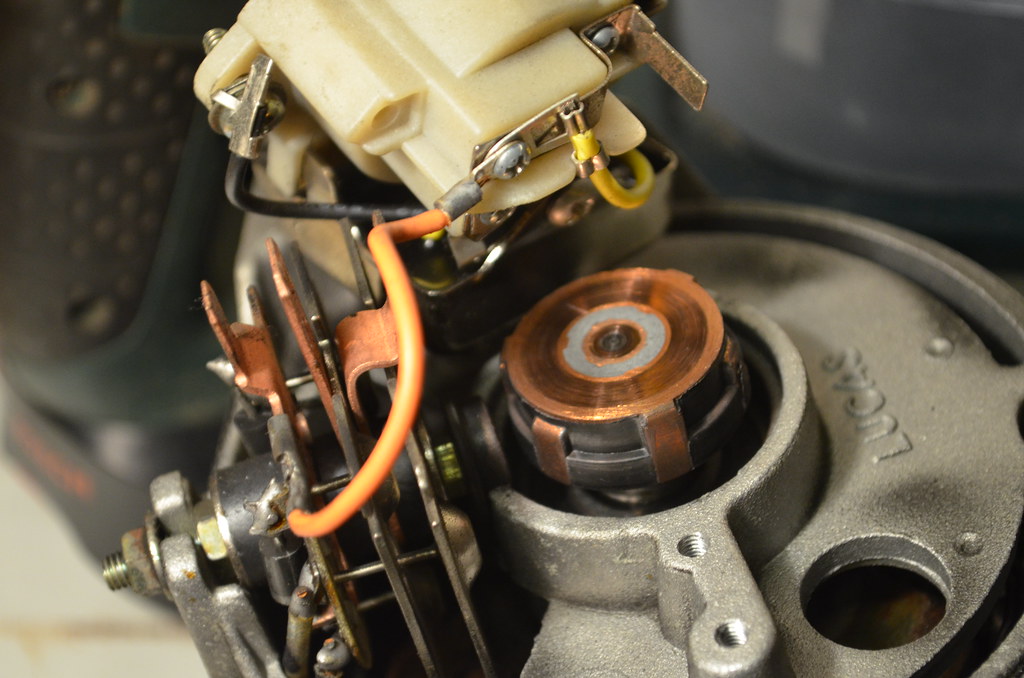