Whilst the B has been running well since the replacement distributor was installed I had noticed that the rear carb was sticking at idle, needing a blip of the throttle to bring it down to be inline with the other.

Whilst not causing any major issues apart from making the engine run a little hotter in traffic and me having to keep blipping the pedal (making me seem a little eager in a queue) it needed fixing. As Alf had suggested a return visit to fix a non-closing butterfly, I thought I'd get both issues fixed without me disturbing any of Alf's previous work on the carbs.

In the end the idle issue turned out to be an easy fix - a spring adjustment on the rear spindle. The butterfly on the front however just wouldn't close fully and we resorted to putting back the old poppet-valved disc in that one which cured the problem immediately.

Nice to see another B whilst I was there - just a year older but running HS4 carbs - on some nice anthracite minilites which suited the Damask Red very well. 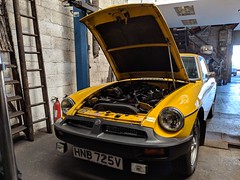 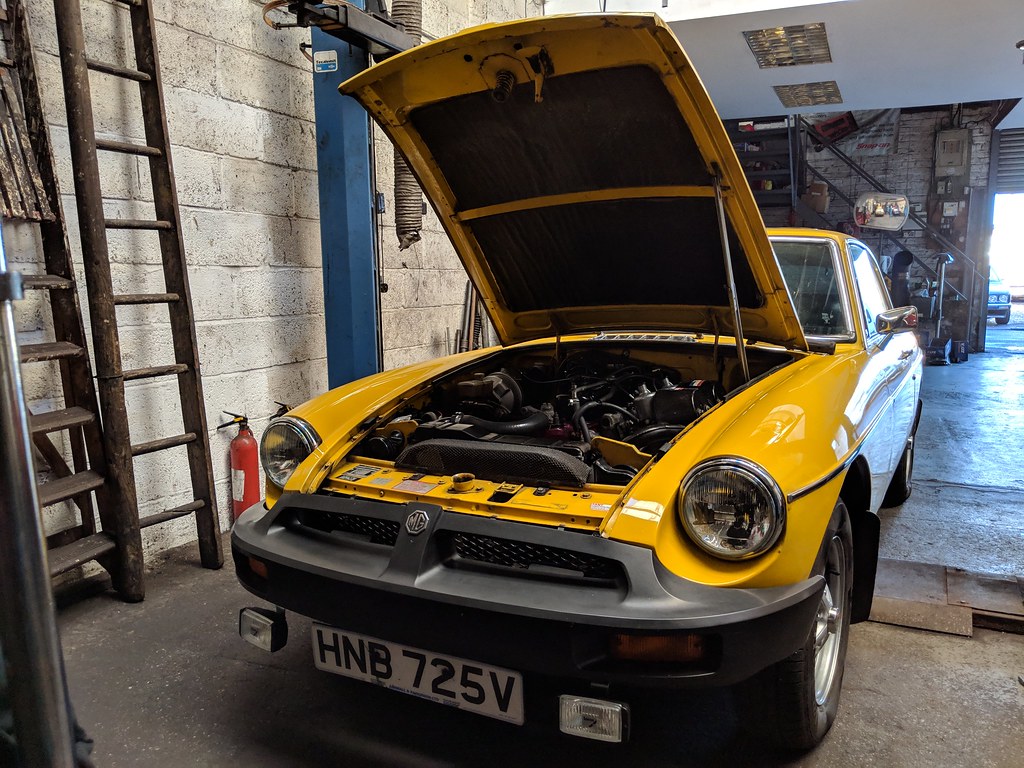