Today we started bleeding the brakes, front and rear after replacing the brake lines. We used the EeziBleed kit for the front set, but the kit's reservoir bottle sprung a leak so we reverted to the pedal pumping method for the rear sets.

While we were bleeding the rear brakes, the bleeding nipple's screw thread perished on the rear driver's side, bringing the day's work to an end awaiting a replacement. I wasn't overly surprised as they were much harder to loosen than the front two.

Next on the order list are the bleed nipple for this wheel and some replacement hoses which will hopefully release the stuck clutch. 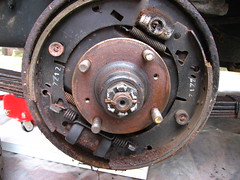 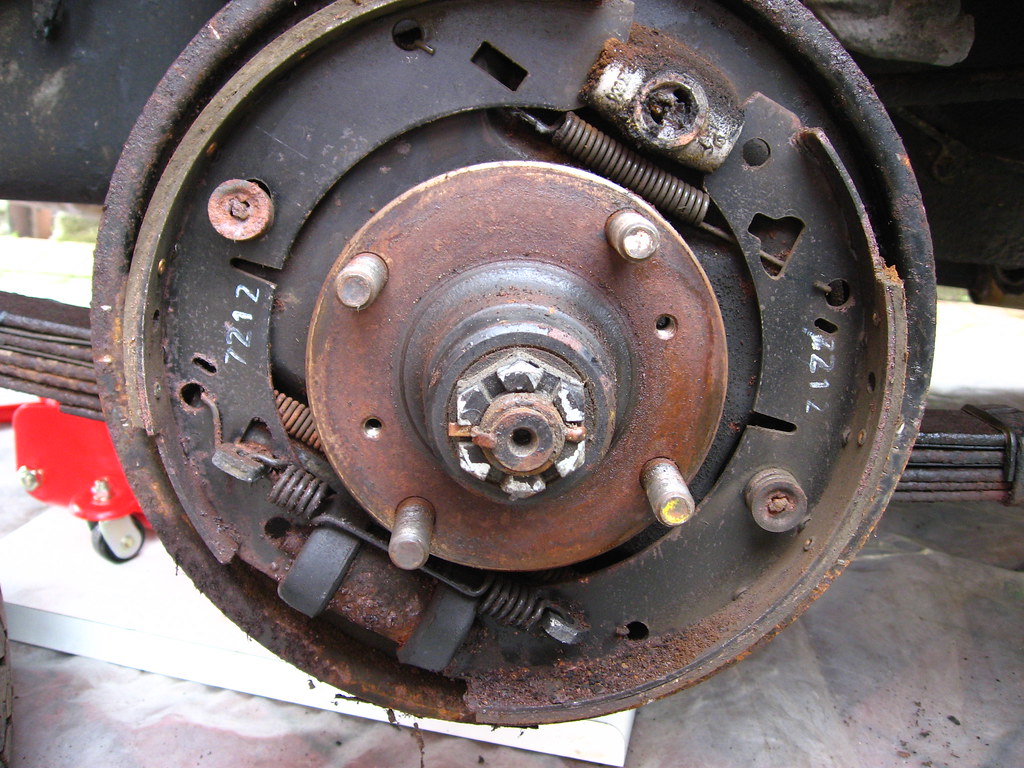